INDIANAPOLIS, IN – (MARKETWIRE – March 5, 2014) – Stevia Corp. (OTCQB: STEV) (“Stevia Corp” or the “Company”), a farm management company focused on the economic development of products that support a healthy lifestyle, including stevia and hemp, is pleased to announce the Company has registered a wholly owned subsidiary, Real Hemp LLC, an Indiana limited liability company. In addition, the Company has filed a federal trademark registration for “Real Hemp” and secured the “RealHemp.com” domain as part of its strategy to enter the US hemp industry and become a leading importer, manufacturer and licensor of hemp products and hemp derivatives.

Hemp products can all be legally imported and traded in the United States and recent growth is being fueled by an increasingly educated public that is becoming aware of the many benefits of hemp. The 2012 retail value of North American hemp food, vitamin and body care products was estimated to be in the range of $156 to $171 million by the Hemp Industries Association (HIA). When clothing, auto parts, building materials and other non-food or body care products are included, the HIA estimates that the total retail value of U.S. hemp products is about $500 million. Food and fiber uses for industrial hemp are growing rapidly and have increased over 300 percent, to an estimated 25,000 products, in the past few years. Much of that growth is coming from the increased sales of hemp food products.

Industrial hemp was the most important non-food crop in the early history of the United States, being used for sails, riggings, canvas, ropes, clothing and paper. Its diverse uses made it a required crop, for farmers’ and the country’s existence. With the passage of the Marijuana Tax Act in 1938, hemp production in the United States essentially ended. This was followed by the 1950’s anti-drug legislation that made it illegal to grow any cannabis plant varieties to improve drug enforcement of illegal marijuana production.

George Blankenbaker, Stevia Corp President, comments, “The growth in the hemp market is being fueled by the increased public knowledge of hemp and its many benefits and the market will continue to grow as more public awareness occurs.  I am currently in Asia where more than 70% of the world hemp supply is grown, working with my team to confirm quality suppliers and products. We have identified at least three products lines and will focus on having initial product in the US during the next quarter ending June 30, 2014.”

According to Agriculture and Agri-Food Canada, hemp seed (and its byproducts) can be used to supplement diets poor in essential fatty acids to maintain good health. One of the fastest growing markets for hemp seed oil is health care products and hemp oil is the richest known source of polyunsaturated essential fatty acids (the “good” fats) at a volume level of 81%. It is also one of only two plants that contain gamma linoleic acid (GLA), a very rare nutrient found in mother’s milk that has been found to have many properties ranging from anti-inflammatory to anti-depression.

Mr. Blankenbaker adds, “Even with all the known benefits of hemp, I believe the long-term hidden value is the cannabinoid content. Although hemp is bred to produce low levels of THC, it still produces all of the other known cannabinoids common to medical marijuana, many of which are being studied for their effectiveness against cancer and other diseases. I believe continuing to leverage our current experience and expertise gained working with stevia to identify and extract specific compounds will lead to substantial value working with hemp long-term.”

On February 26, 2014, the Company announced a consulting agreement with Colorado-based ebbu for the identification and extraction of cannabinoids from cannabis.

About the Hemp Industry Sector

Hemp is a crop that can be grown for food and non-food purposes. As a result of its numerous nutritional benefits, many new food products containing hemp seed and its oil are finding their way into the marketplace, including pasta, tortilla chips, salad dressings, snack products and frozen desserts. Non-dairy hemp “milk” beverages, which provide significant amounts of omega 3 essential fatty acids (EFAs) and protein, are also available. Hemp oil is also used in nutraceuticals and health care products.

As a fiber source, hemp is undergoing rapid growth as a natural fiber in everything from clothing and textiles to automotive composites. The fiber is also gaining popularity as insulation.

Food and fiber uses for industrial hemp are growing rapidly and have increased over 300 percent, to an estimated 25,000 products, in the past few years. Much of that growth is coming from the increased sales of hemp food products.

About the Stevia Industry Sector

Within two years of the USA market opening, Nielsen-based retail consumption data indicated almost $1 billion of retail sales for the sector. In 2010, stevia products were launched across thirty-five countries and in 38 categories. The World Health Organization (WHO) estimates that stevia could replace 20-30% of all dietary sweeteners. For more information visit: www.steviacorp.us.

Stevia Corp. Signs Consulting Agreement for Identification and Extraction of Cannabinoids from Cannabis 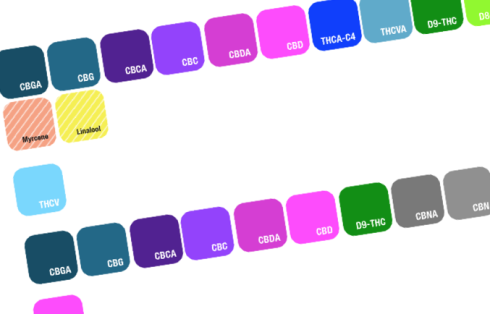 Stevia Corp. Signs Consulting Agreement for Identification and Extraction of Cannabinoids from Cannabis