A proposal aimed at helping Indiana gain federal approval for the growing of industrial hemp advanced Thursday through a state House committee.

The House agriculture committee unanimously passed the proposal that would specify the exemption of industrial hemp from its illegal cousin marijuana to include the “fiber, seeds, resin, and oil or any other compound,” from an industrial hemp plant.

As a non-intoxicating version of cannabis, hemp has been shadowed with a negative connotation for decades. It’s used to make many useful and legal products such as clothing, rope, canvas and oils. Recent studies also show that certain chemicals extracted from hemp have medicinal benefits with little-to-no side effects.

“The whole cannabis family was just kind of given a bad name, even the stuff that does some good,” said bill co-sponsor Rep. William Friend, R-Macy, who spoke at the committee hearing.

The proposal comes on the heels of an Indiana law passed last year that legalized the cultivation and processing of industrial hemp, pending approval from the U.S. Drug Enforcement Administration.

“We’re still waiting,” Friend said, and he hopes the clarification will help set “industrial hemp apart and aside from marijuana,” to speed up the state’s application for a permit.

If granted, farmers and researchers would be able to seek growing permits from the Indiana State Chemist and Seed Commissioner, and bypass the federal approval process, which may or may not be granted.

Meanwhile, the 2014 Farm Bill signed by President Obama, included a provision that allows institutions of higher education and state departments of agriculture to grow or cultivate industrial hemp.

Nineteen states, including Indiana, have established laws that provide for hemp pilot studies and production under the Farm Bill’s conditions, according to the National Conference of State Legislatures.

John Baugh, director of agricultural services and regulations at Purdue University, said the agricultural college has applied for a research permit but hasn’t received an approval, though he’s optimistic that the permit will come in time to obtain seeds and start growing by spring.

Supporters of the bill said allowing farmers to grow hemp could boost the state’s economy, since many Indiana businesses already import hemp-related products in high demand.

Committee chairman Rep. Don Lehe, R-Brookston, said if the application goes unanswered for much longer he will look into other options as early as this session.

“We need to start getting processes in place so that this product can be on the market and available for consumers at a sooner time,” Lehe said.

The new bill would also establish a team led by the Indiana Board of Pharmacy to study and record the demand of certain hemp products including medicinal hemp oil.

No one spoke against the bill, which will now move to the full House for consideration. 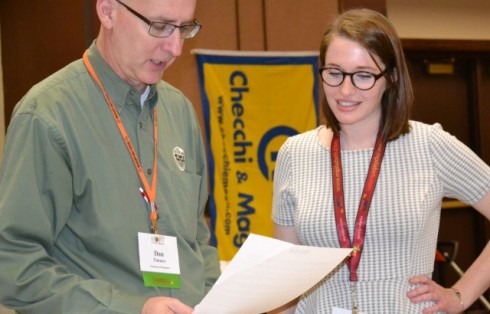